The Meaning of Reliability

Imagine a medical researcher wants to evaluate the effectiveness of a 6-month weight-loss program in helping people lose weight. The researcher first weighs clients at the start of the 6-month program and then weighs them again at the end of the six-month program. But imagine that the weighing scale the researcher uses to assess each client’s weight contains a damaged spring that leads it to produce unreliable readings that fluctuate wildly over time, even when the weight of the individual being measured is not actually changing at all. Because this weighing scale is not reliable, you cannot trust it to provide accurate measurements. And for this reason, the weighing scale would be a poor measure to use in trying to assess the effectiveness of the weight-loss clinic in helping people lose weight.

The more unreliable an assessment is, the less useful it will be in research or practice. A basic tenet of classical test theory in the field of psychometrics is that an observed score obtained from a measurement of a particular variable for a given individual is a function of two influences: (1) the actual true score of the individual on this variable, and (2) error. In others words, Observed Score = True Score + Error. The less error that exists in a measurement, the closer observed scores will be to true scores; when there is no error in measurement, observed scores will be perfectly reliable and will consistently reflect true scores. Because unreliable measurements are filled with error, they are likely to provide false, inconsistent assessments of what one wants to measure.

How to Assess the Reliability of Measurement

There are at least three primary methods that researchers use to evaluate how reliable a measurement instrument is.

1. Internal Consistency Reliability. If an instrument consists of multiple self-report items or questions, each of which is intended to measure the same underlying concept, then researchers can assess the degree to which respondents provide consistent responses across the full set of items. In this case, researchers typically compute a coefficient of internal consistency (such as coefficient alpha, a split-half correlation, or an item-total correlation) that indicates the degree to which respondents provide comparable responses across all of the items in the instrument.

2. Inter-Rater (or Inter-Observer) Reliability. If an instrument is designed to be used by observers or trained experts who provide ratings of an underlying concept in a sample of individuals, then researchers can assess the degree to which different raters give consistent ratings of the underlying concept for the same individual. In this case, researchers typically compute a coefficient of inter-rater agreement (such as coefficient kappa, Kendall’s tau, a Spearman rank-order correlation, or an intra-class correlation) that indicates the degree to which raters tend to agree in their assessments of the same individual.

3. Test-Retest Reliability. If an instrument can be administered to the same sample of individuals at two separate points in time, then researchers can assess the degree to which respondents provide stable, consistent responses to the same instrument over time. In this case, researchers typically compute a coefficient of test-retest reliability (such as the Pearson correlation coefficient) that indicates the degree to which individual responses are stable over time. If one can assume that the underlying concept being measured is a relatively stable trait that should not change across the two time points, then this correlation provides an assessment of the degree to which scores on the measurement instrument are influenced by random error.

The Meaning of Validity

Validity concerns whether a particular inference that one wishes to make is reasonable or correct, and it has many different meanings depending on the particular research context in which it is being considered. Within the context of measurement, reliability concerns how consistently an instrument measures a target concept, whereas validity refers to whether a particular instrument actually measures the target concept it is intended to measure. An instrument might be reliable in providing consistent responses across multiple items (internal consistency reliability), multiple raters (inter-rater reliability), or multiple time-points (test-retest reliability), but it might nevertheless measure a different underlying concept than it is assumed to assess.

As an example, consider a new multi-item self-report instrument that has been specifically designed to measure individual differences in empathy (conceptually defined as the ability to understand and vicariously experience other people’s feelings). Although research might demonstrate that scores on this instrument show high levels of internal consistency and test-retest reliability, it might also be the case that scores on the test are only weakly correlated with other existing measures of empathy and are actually more strongly correlated with measures of compassion (conceptually defined as motivation to help others who are suffering). In this case, the new empathy measure would be said to lack validity as a measure of empathy.

If an assessment tool does not actually measure what it was designed to measure, then it provides an inaccurate result which has little or nothing to do with what one wants to measure. Invalid instruments provide misleading information that is worthless or harmful in drawing meaningful conclusions.

How to Assess the Validity of Measurement

Although researchers can adopt many different strategies to validate the use of an instrument for a particular purpose, the most commonly used approaches to assessing measurement validity focus on how thoroughly (content validity) or accurately (construct validity) an instrument measures its intended target concept, or how useful it is in predicting important outcomes that should be related to what it supposedly measures (criterion validity).

1. Content Validity. Content validity refers to the degree to which an instrument covers all relevant aspects of the conceptual or behavioral domain it is intended to measure. Although the content validity of an instrument is sometimes assessed crudely in terms of a researcher’s subjective impression of how thoroughly its items cover the topics they are supposed to cover, researchers often use multivariate statistical methods (e.g., principal components analysis, or exploratory or confirmatory factor analysis) to obtain a more precise estimate of the degree to which an instrument’s items accurately represent a full breadth of conceptual coverage. These more rigorous quantitative assessments of content validity can be used to test whether people’s responses to different subsets of the instrument’s items actually reflect the various conceptual facets of the target concept that an instrument should include.

The Health and Psychosocial Instruments (HaPI) database provides primary bibliographic records and summary information for more than 50,000 unique measurement tools (contained in records called “primary sources”) that have been employed in the health and psychosocial research literature. Users can search the electronic database specifying combinations of key terms to identify relevant measures to administer in their research; and they can also evaluate the reliability and validity of these relevant tools across later studies (called “secondary sources” in HaPI) that have used these same measures. Users can examine reliability and validity across the primary and secondary sources for an instrument, to make informed, evidence-based decisions about which instruments to use in their own research. Through this process, the HaPI database can help users find the most appropriate instrument, whose content most closely matches their conceptual needs and for which sufficient evidence exists regarding reliability and validity.

In addition to helping researchers identify the most appropriate tools for assessing key variables in experiments and surveys, the HaPI database is also invaluable in helping users develop and validate new measurement instruments. In particular, developers of new instruments can systematically use the database to identify relevant measures of: (a) similar, related concepts with which a new instrument should correlate in evaluating convergent validity; (b) distinct, unrelated concepts with which the new instrument should be uncorrelated in evaluating discriminant validity; and (c) important external outcomes that the new instrument should predict in evaluating criterion validity. Thus, the HaPI database is not only a powerful and versatile tool for identifying reliable and valid measurement tools in health and psychosocial research, but also a rich and unparalleled resource in the development and validation of new measurement instruments. 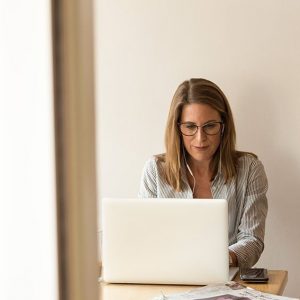 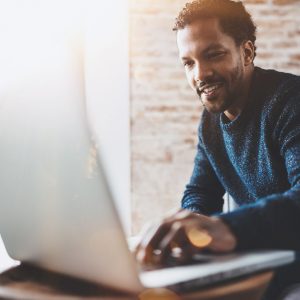 The Necessity of Measurement in Everyday Life

The Necessity of Measurement in Everyday Life

Stay up to date! Newsletters sent out quarterly.